Characters: Quirky, crazy Greek gods make for interesting adults in this first Sky Guardian adventure. A myriad of giants, elves, and other mythical creatures provide fancy – although they are not fully defined. Possibly in later books? I enjoyed the elemental-bending much like in Avatar, and think it’s a nice twist on the done-to-death gods and offspring genre. 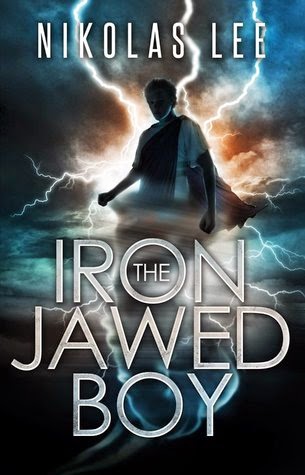 World Building: The Illyrian School, with its wacky classes and far-out food, is reminiscent of Hogwarts in Harry Potter. This is really the only parallel I found to the famous series.


Writing Style: Author Nikolas Lee makes good use of imagery and other literary techniques at an appropriate middle grade level. Snarky fun commentary on character actions makes for a fun read. The Iron-Jawed Boy is certainly middle-grade fiction. The story is thus personally unaffecting, but more for younger audiences. Lessons of teamwork, learning who to trust, and other such life gems abound.


What I Enjoyed: There’s an Illyrian game – a cross between risk, chess, and virtual reality – that I really appreciated. I hope there’s more of this in the second book.


Deal Benders: I was not riveted by the story the same as with HP and other famous series, but then again that’s the danger of comparison.


Overall Rating: I give this book 3 stars because I enjoyed a refreshing take on mythology and magic from a young hero perspective.


For Fans Of: Percy Jackson, Avatar: Last Airbender
Posted by Hopefully at 1:09 PM